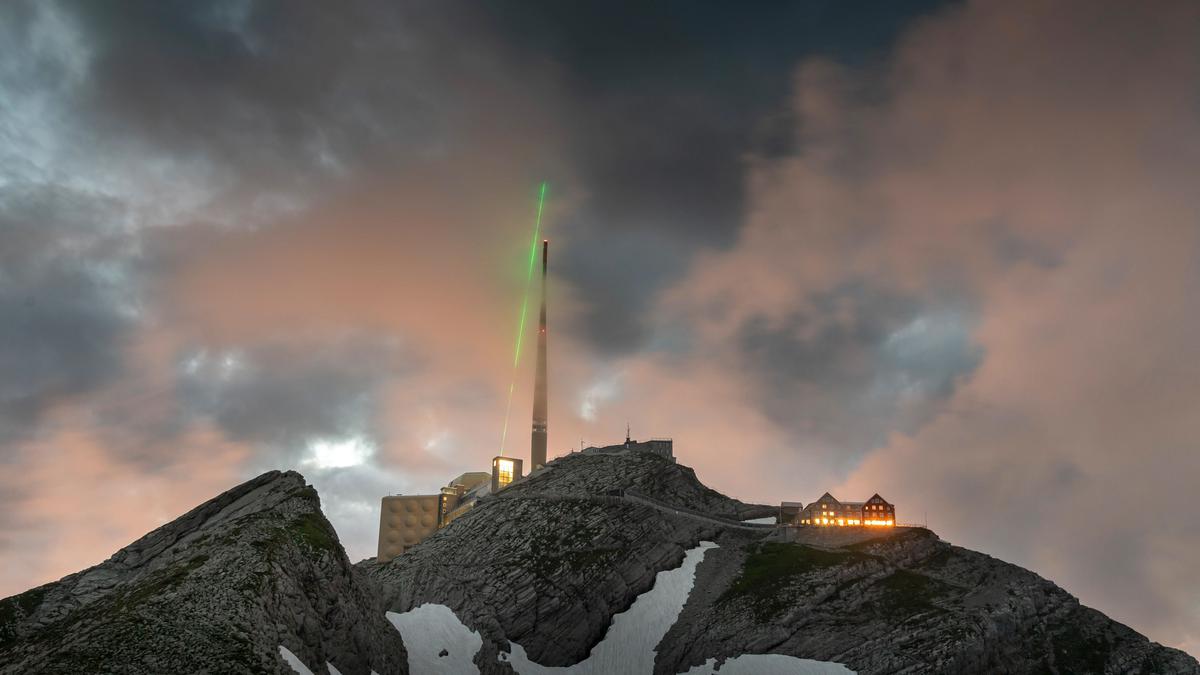 Benjamin Franklin is credited with inventing the lightning rod.
With further development, this Laser Lightning Rod could safeguard critical infrastructure including power stations, airports, wind farms and launchpads. Lightning inflicts billions of dollars in damage on buildings, communication systems, power lines and electrical equipment annually while also killing thousands of people.Lightning rods, dating back to Franklin’s time, are metal rods atop buildings, connected to the ground with a wire, that conduct electric charges lightning strikes harmlessly into the ground. Their limitations include protecting only a small area.
The system was placed on the