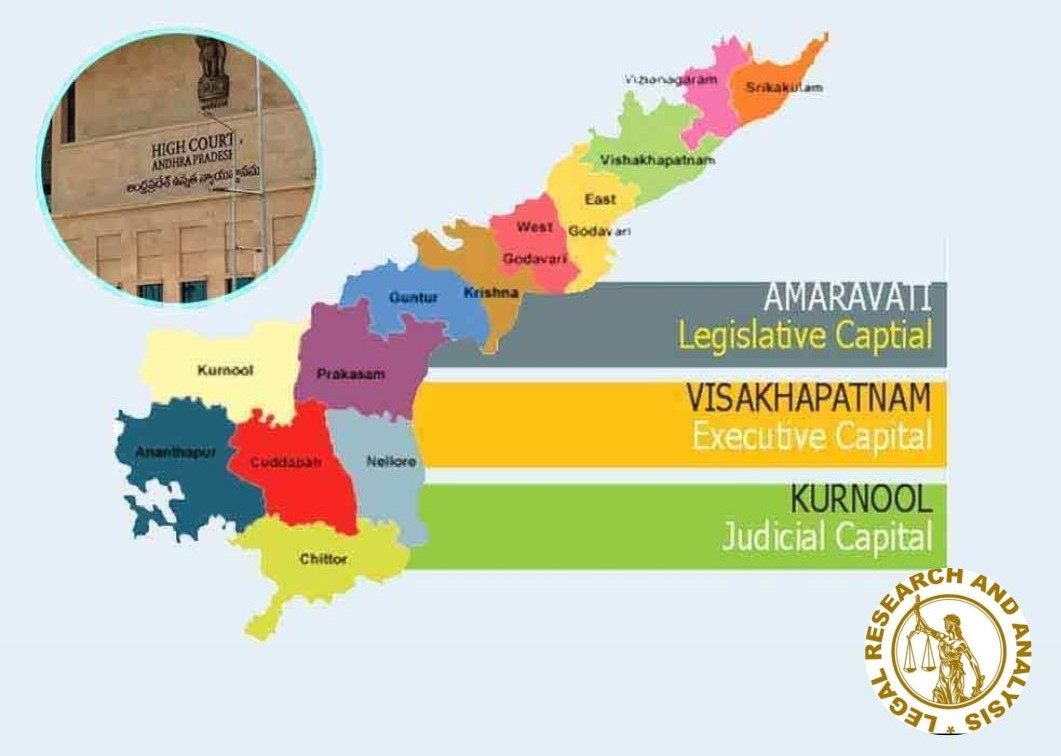 Choosing a capital city for the residuary Andhra Pradesh began a few months before the combined state was partitioned. The UPA government formed the K Sivaramakrishnan committee, this committee has not recommended any specific location for the capital and it was opposed to the idea of constructing a Super City. It also proposed a decentralized model for the capital city divided into three zones, rather than concentrating all offices in one location.

However, the TDP government, led by N Chandrababu Naidu, formed a separate advisory committee, which proposed a single capital equidistant from all regions of the state. As a result, Amaravati, the fertile agricultural zone between Vijayawada and Guntur, was chosen as the capital city. As a result, 33,000 acres of fertile land were acquired from the farmers. Agreements were signed promising the farmers residential and commercial plots in the new capital with values equal to the original land value of their land. In October 2015, the foundation stone for Amaravati’s new capital was laid, and the Naidu government relocated its seat of power from Hyderabad to Amaravati.

However, the subsequent Andhra government under Jagan Mohan Reddy abandoned this plan in favor of having three capitals in the state, with Amaravati serving as the legislative capital, Visakhapatnam serving as the executive capital, and Kurnool serving as the judicial capital. In light of this, the AP Decentralisation and Inclusive Development of All Regions Bill, 2020, was passed.

REASONS FOR DEMAND FOR MULTI-STATE CAPITAL

Separating executive and legislative capital can be difficult. The functions of the executive and the legislature are strongly intertwined in India’s Parliamentary system of government. For example, when the legislative assembly is in session, administrative officers are needed all the time to present bills, brief ministers, and so on.

When the legislative assembly is not in session, the executive must make decisions with input from a variety of sources, including legislators, who are the people’s representatives.

As a result, separating the capitals may be inconvenient for both the administration and the people. It will also be difficult to implement logistically. Furthermore, the costs of creating new capital are high and will place an undue strain on the state’s economy.

Concerning the 3 capital issue, the AP High Court directed the State to hand over the developed and reconstituted plots belonging to landowners that the government had previously taken to construct in the Amaravati capital region. It stated that the State Assembly lacked “legislative competence” to pass any resolution or law changing the capital or bifurcating or trifurcating the capital city. Thus, the bench effectively preempted the State’s move to revive its “three capital” proposal. It also stated that the State legislature is incapable of passing legislation to establish those three wings.

Aggrieved by this order, The State government filed the petition before the SC and argued that the HC’s judgment is violative of the doctrine of separation of powers since it preempts the legislature from taking up the issue. At present, the issue is pending before the supreme court.

Multiple capitals should not be used as a tool for regional development as it is difficult to implement. Instead of this, the Development of the region can be brought about by investing in the manufacturing and service sectors, implementing various policies that benefit farmers and make doing business easier, developing infrastructure, and developing social-cultural institutions such as universities and hospitals.