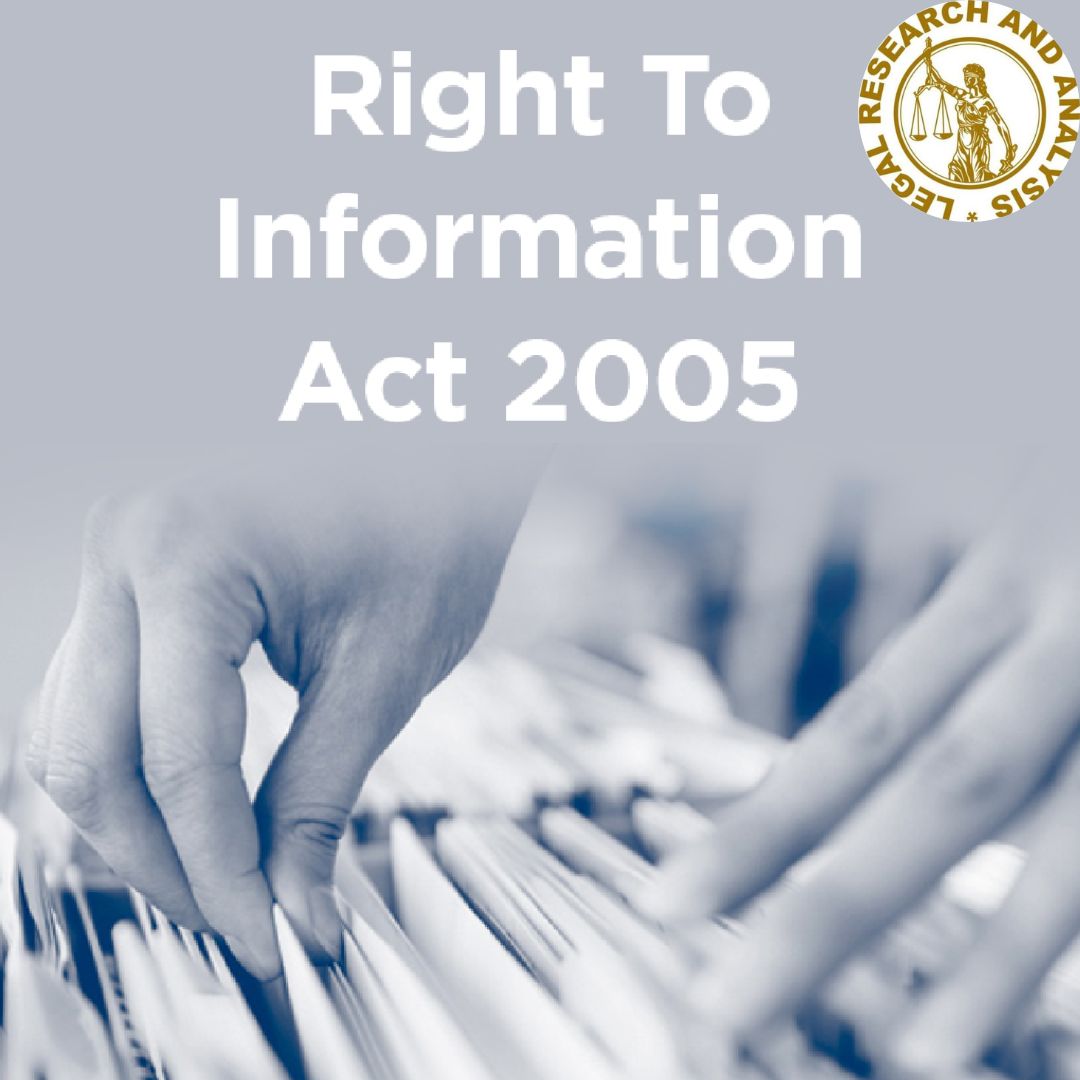 The Government of India has implemented the Right To Information in order to see that Indian citizens are enabled to exercise their rights to ask some pertinent questions to the Government and different public utility service providers in a practical way. RTI Act replaced the Freedom of Information Act 2002. The objective of this act was to help the citizens avail of quicker services from government agencies since the act enables them to ask questions like why a particular application or an official proceeding gets delayed. Mainly the act aims at achieving a corruption-free India.

On 15 June 2005, President APJ Abdul Kalam gave his assent to the national Right to Information Act 2005. With presidential assent, the Central Government and State Governments had 120 days to implement the provisions of the Bill in its entirety. The Act formally came into force on 12 October 2005. Tamil Nadu became the first Indian state to pass the RTI law in 1997.

It is termed revolutionary because it opens government organizations up for scrutiny.  It is Equipped with knowledge about RTI, a common man can demand any government agency to furnish information. The organization is bound to provide the information, that too within 30 days, failing which the officer concerned is slapped with a monetary fine. RTI Act has been made by the legislation of the Parliament of India on 15 June 2005. The Act came into effect on 12 October 2005 and has been implemented ever since to provide information to crores of Indian citizens. All the constitutional authorities come under this Act, which makes it one of the most powerful laws in the country.

Every Indian should know about RTI filing. The procedure to File RTI is simple and hassle-free. The steps are-

ADVANTAGES OF THE ACT

HOW TO FILE RTI ONLINE

Recently, Central and a few State government departments have facility for filing Online RTIs. However, there are multiple independent websites that let you file your application online. They charge a nominal amount for which they draft your application and send it to the relevant department. This is as good as sending an RTI application without having to worry about the particulars.

GOVERNMENT ORGANISATIONS THAT FALL UNDER THE RTI ACT

One can ask a government how much money is being spent on the renovation of its ministers’ bungalows, and what their telephone bill or fuel expenditure is. Or you can ask what amount was spent on MLAs’/MPs’ foreign trips.

One can ask how much of the allocated money one’s elected representatives have utilized on improving their constituency one is entitled to ask for even a break-up of the amount spent, project-wise. This RTI information is available because it is the taxpayers’ money that is being spent here. Few ministries and departments make online rti replies available to the public. You can see them on the respective websites.

Not only governments and their respective departments, but also smaller units such as one’s city corporation or gram panchayat fall under the ambit of RTI. Be it the police, passport office, one’s electricity/water supply company, or even the IRCTC, all are required to furnish RTI information.

Through RTI, we can get copies of government documents such as records, advice/opinions, reports, papers, and file notings. Even email communications and data held in electronic form have to be made available to citizens upon an RTI application. We can even go to the department’s office and inspect their records and documents, if all the RTI information is voluminous you can take photocopies, obtain certified copies, take printouts, and whatnot.

Twenty-odd organizations are exempted from RTI. But all these entities are related to the country’s defence and intelligence, such as RAW, BSF, CRPF, CISF, Intelligence Bureau, National Security Guard, etc.

Further, there are some specific instances whereby RTI information cannot be furnished. These instances relate to matters:

HOW DOES RTI HELP IN SOLVING PERSONAL PROBLEM

In the never-ending delay in the dispatch of a passport or police dilly-dallying in giving one a copy of FIR, one might have filed or submitted an RTI application asking pointed questions. High likely this will be the beginning of the end of one’s woes. Pending income tax return, pension release, withdrawal or transfer of PF, the release of Aadhaar card, or issuance of property documents or driving license. Using the RTI tool in any of these scenarios or other cases involving a government agency, it will guarantee you an official response, based on which you can take things further if your issue is not solved.

A citizen can ask government officials reasons for the delay in government service requested. For example, if you have applied for a passport and it has not been delivered. Then one can apply RTI with the following questions. They are as follows-

1) provide names of officers with whom my application has been lying during this period.

2) inform as per your citizen’s charter how many days I should have got my passport.

In the majority of cases, the problem gets resolved. This way you can use RTI to solve many other pending issues and especially the ones where a bribe is being asked.

If in one’s community, one thinks the facilities are not as expected or one observes some government-maintained property in bad condition, one can use RTI to get the government working on it.

For instance, if there is a road in very bad condition you can certain questions like-

How much money has been spent on the development of roads in past 3 years?

How was the money spent?

HOW TO SOLVE PROBLEMS USING RT

There are certain other problems that can be solved using this. They are-

RTI AS A SOURCE OF POWER

When it comes to RTI, there are watchdogs on multiple levels to ensure the Act is followed in letter and spirit. The Act has employed a ‘perform or perish’ approach, besides setting up a mechanism to dispense information. Every government organization is needed to appoint one employee as a public information officer (PIO). Once a department gets an RTI request, it is the responsibility of the PIO to furnish the information to the applicant within 30 days.

Failing to do so means, a monetary fine can be imposed on the PIO. The longer a PIO makes an applicant wait, the more the penalty levied on him/her. There have been instances where PIOs have been asked to cough up amounts in thousands of rupees as a fine. Every state has an Information Commission, comprising a Chief Information Commissioner and a few information commissioners. Former judges, IAS, and IPS officers of impeccable record are appointed to these positions by the government. Above them in the hierarchy is the Central Information Commission and below them they are first and second appellate authorities to see to it that an applicant does get the RTI information he/she has requested.

FEE FOR SEEKING INFORMATION UNDER RTI

For central government departments, one needs to pay Rs. 10 with every RTI application. The mode of payment may vary from government to government. While submitting applications in person, some organizations accept cash while some do not. Some ask for Court Fee Stamp, and some ask for Indian postal order (IPO). When sending an RTI application by post, we can use the IPO/ court fee stamp of Rs. 10.

Those below the poverty line (BPL) do not have to pay Rs. 10 as a fee for filing an RTI. If one has asked the government office to furnish copies of some records, one will need to pay Rs. 2 per page. Once the office receives the request and ascertains the amount one will need to pay towards making copies, one will get intimation via post. One can make the payment by sending a postal order/court fee stamp/demand draft of the said amount.

As per law, the RTI information should be provided within 30 days. However, sometimes government records are misplaced or missing. Or the agency one has written to needs to coordinate with another department to provide you with the information you want. In such situations, the information may take more than 30 days to arrive. In such a case, the PIO concerned needs to send one a written intimation about the possible delay and the reason. If he/she fails to do so and doesn’t receive the info within 30 days, the penalty can be levied on the PIO if the matter was taken up with appellate authorities. 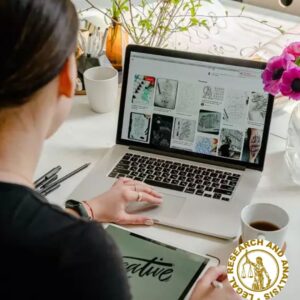 Previous post The Economy of Work from Home and Legal Issues 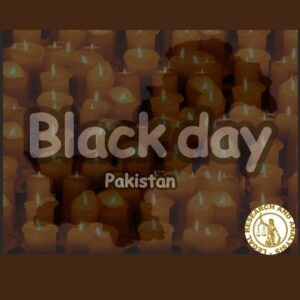