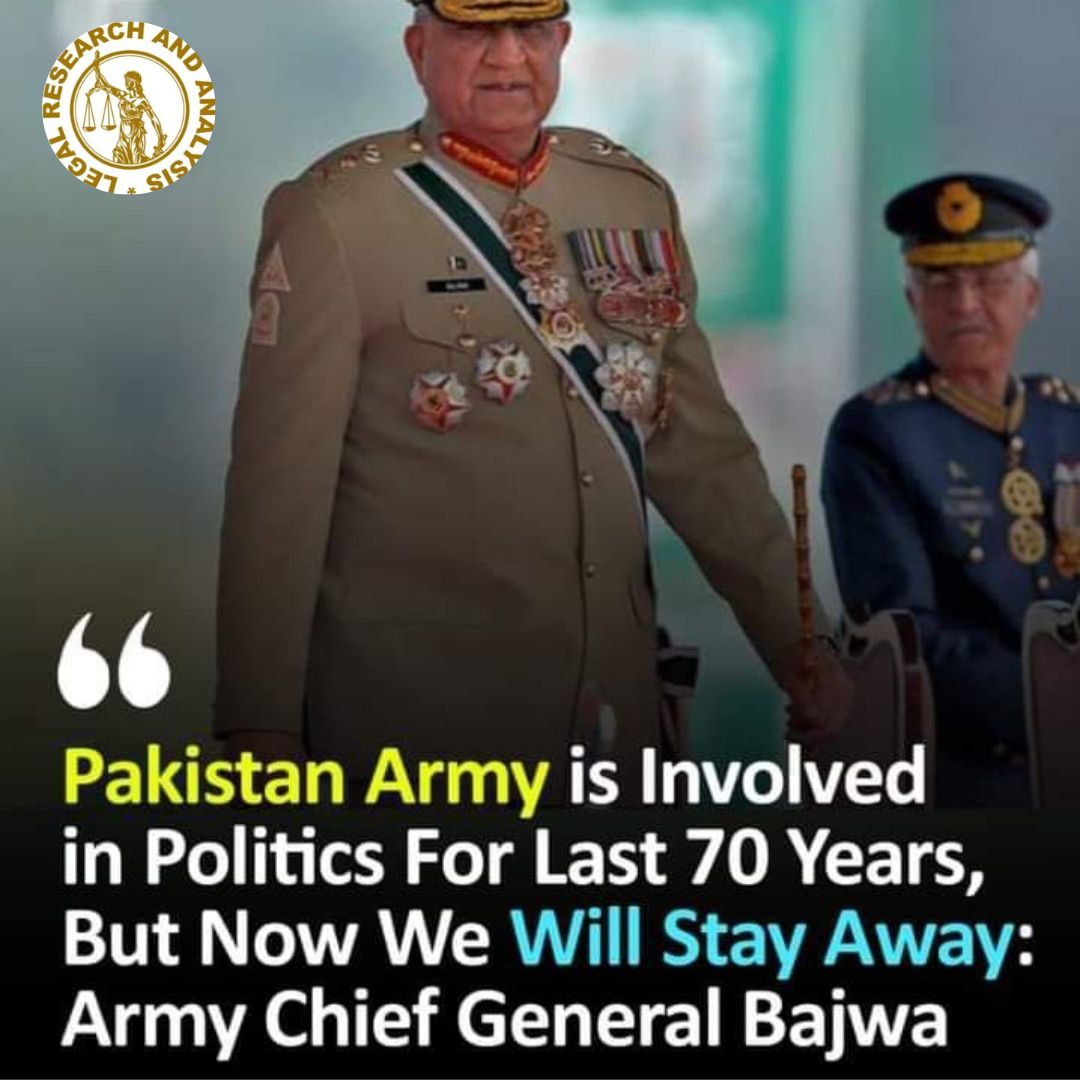 I frequently say this line, ” Military interventions in political institutions are the worst blasphemy against the sanctity of public will”. Unfortunately, in Pakistan, the whole political setup revolves around the Army from its birth.

Pakistan has suffered four Major Military Martial laws. Irrespective of These, the Army (particularly The Officer Class) have always played a key role in engineering the political setup in the way, they wanted by using their Undue Influence. General Bajwa in his speech truly focused on the Army with the Apolitical Role. This Prospective trend prevailing inside the Army is really optimistic.